In the wake of both the Virginia and Oregon shootings and in anticipation of the upcoming presidential election, gun control is back in the news.  Yes, the United States is one of the only developed nations that doesn’t perform background checks on gun buyers, and yes, other European countries with stricter gun laws yield much lower gun deaths per year, but there may be alternative considerations for this conversation. For one, what drives people to shoot in the first place?

Blogger Rob Meyers addresses this idea, suggesting immediate action that we can take in order to move towards a kinder, safer nation:

“‘Notice those around you who seem isolated, and engage them.’ If every one of us did this we’d have a culture that was deeply committed to ensuring no one was left lonely. And make no mistake, as I’ve written before loneliness is what causes these shooters to lash out. People with solid connections to other people don’t indiscriminately fire guns at strangers.”

Essentially, Meyers is saying that by reaching out to the quiet kid at lunch, or the woman who eats at her desk alone, we can lessen the chances of people feeling isolated, and therefore lashing out on society. This behavior starts at a young age, so Meyers encourages parents to teach their children a similar behavior.

But is it really possible to help someone out of solitude? Engaging loners may seem like a simple step, but there is some science to back up this idea.

Psychology Today addresses “the fear of being alone”:

It’s a fear that haunts young people, a constant sub-text in their behaviour and conversations. Any young person conspicuously on his own is quickly spotted and labelled because his aloneness is disconcerting for everyone else: it’s too much of a reminder.

Keeping this in mind, we can show compassion to the isolated individual, offering him or her an ear rather than a cold shoulder.

Do you think loneliness affects mental health? In what capacity? 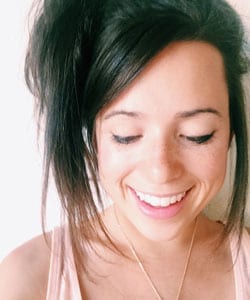 Amanda Kohr is a 24-year-old writer and photographer with a penchant for yoga, food, and travel. She prefers to bathe in the moonlight rather than the sun, and enjoys living in a state of the three C’s: cozy, creative, and curious. When she’s not writing, you can find her driving her VW Bug, looking for the next roadside attraction or family diner. She also roams the internet via her blog at cozycaravan.com.