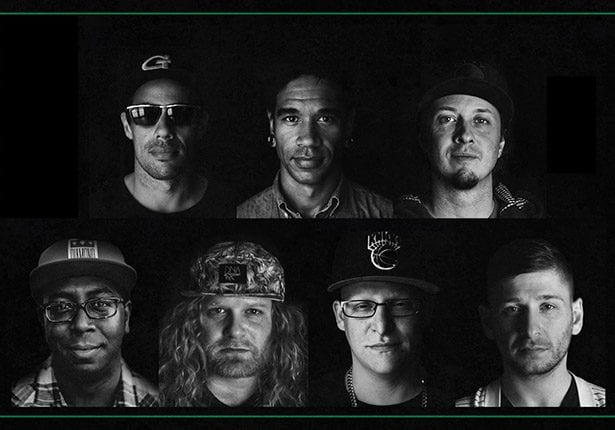 Jesus has just returned from Europe and is watching waves land on a Los Angeles beach when I reach him by phone. “It’s all synchronized,” he tells me. “Paying attention to coincidences is where you start.”

To call any of this coincidence strikes this writer as insulting to the Great Storyteller in the Sky. In the summer of 1992, six teenagers arrived individually at the Berklee School of Music, each inspired by a unique angle of old school funk (think Herbie Hancock, Tower of Power, Earth, Wind & Fire) and collectively specializing in an ideal blend of instruments to form the foundations of a funky band.

From the start, these musicians shared the love of funk and weren’t afraid to play it. Returning to Berklee as undergrads, they would tromp around Boston, instruments-in-hand, asking jazz bar stage managers to “Let us play!” Thus, the name Lettuce, and thus the organic, word-of-mouth growth that has led to a catalog of critically-acclaimed studio albums, namely their 2003 Live in Tokyo released on Blue Note Records. Now, they’ve got a slew of sold out shows across Europe, including prime-time sets at prestigious festivals like North Sea in Rotterdam, Netherlands, and Umbria Jazz Festival in Perugia, Italy.

In the 25 years since that first summer, Lettuce has produced and performed of some of the grimiest, most intelligent upbeat funk music possible. I mean grimy in a good way— giving us collaborative instrumentation so tightly woven it’s almost a solid thing you can wriggle your toes into, like dirt. Except it is also spacious, and patient. Lettuce lets the groove lead from intricate compositions into spontaneous sonic spaces where even certain band members feel no need to know what exact song they’re on.

“Getting out of the way of the music is really important… Like, the other night I forgot what song we were playing… and it got me feeling so happy, so nice, deep in this psychedelic hip-hop, Dilla-esque thing,” Jesus says. “I totally forgot what song we were playing! And I laughed at myself on stage. And personally, I love that part the most, where we’re creating together, [playing] something none of us have ever heard before.”

This so-called “flow state” is commonly spoken of amongst musicians, athletes and yogis. Though often named, states of flow are a relatively rare attainment, requiring as they do such delicate harmony between effort and ease, active concentration and essential submission to the movement of the moment.

This is why we the public become justifiably transfixed with the actual magic enacted on a regular basis by spectacular athletes (here, Jesus mentions Kobe Bryant) and living yogis like Gurmukh, with whom Jesus practiced for at least 10 years.

“It’s just like practicing the bass, but practicing the body, practicing the things that make the body work better. Being on the road is hard, and it’s easy to forget to do stuff like [yoga]… but I still practice kundalini yoga constantly. Haven’t been to class in a while, but I can’t wait to get back to Wanderlust to practice and get in tune with [Gurmukh].” 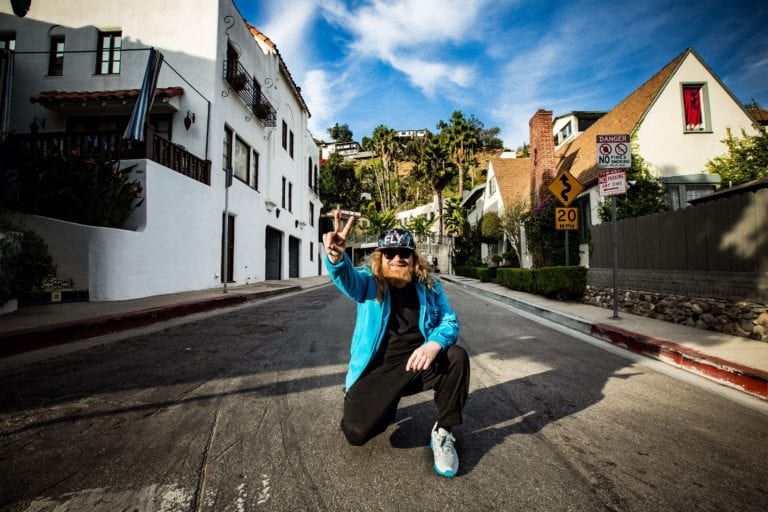 The Lettuce connection to Wanderlust represents yet another non-accident arising from a certain surrender to the flow. Eric Krasno is the “two-time Grammy winning guitarist, musician and producer best known for his work with Soulive, Lettuce, Tedeschi Trucks Band & Pretty Lights.” He grew up in a musical family, wherein his brother Jeff was and is a talented musician. Jeff eventually co-founded Velour Records in 1999 alongside Sean Hoess. Subsequent interactions with the global yoga community eventually inspired those two to envision and actualize what we all know and love as Wanderlust.

Now here we are, ready to celebrate the 8th annual festival at Squaw, with the internationally-acclaimed family band on hand to instigate an epic dance party.

Such a joyous occasion is no happy accident. From this writer’s perspective, the imminent and ongoing beauty of this particular Wanderlust event is the hard-earned, long-term karmic fruit of many people pursuing their passions and executing on their highest ideals with an earned expectation of excellence.

Jesus speaks of his life with Lettuce in terms of “doing [his] dharma,” repeatedly expressing his gratitude for having found such a profound source of collective creativity. In the course of his career, Jesus has contributed on tour and in the studio to performers such as Britney Spears, The Game and DJ Quik. Nonetheless, it is with Lettuce where he feels most at home.

“It’s something we totally enjoy. We can’t wait to get to it. All the other things we do are fun too, but it’s like you go through the week, Monday, Tuesday, and so on, and Lettuce is like Friday night. [Lettuce] is the fun part.”

So get ready to get down. The whole weekend is a celebration of movement, and Lettuce’s Friday night set is no exception. Now you know. So go! Have fun. Move, breathe, and remember that it’s okay to forget what song it is so long as you’ve lost yourself in dance.

David McConaghay is a Colorado-based student & teacher. His mission is to share with the world information, attitudes and techniques of proven benefit to his experience as an individual Earthling. His work and play is available at SatsangEtc.com.