It’s an eco-disaster of epic and heartbreaking proportions. For the last two months, forest fires in Indonesia have been raging across 21,000 square kilometers of land (about the size of the state of New Jersey). More CO2 has been produced in the last three weeks than the annual emissions of Germany. In the worst hit areas, people are being evacuated on military ships, and children brought to 24-hour medical centers. Roughly 22,000 personnel are now reportedly on the ground fighting the fires.

Since July, ten people have died due to haze-related illness, and 500,000 cases of acute respiratory tract infections have been reported. In addition to the human crisis, the fires have also wreaked havoc on some of the planet’s most precious wildlife. The World Wildlife Fund (WWF) estimates one-third of the world’s orangutans to be under threat as they try to escape the haze and smoke.

“Orangutans, clouded leopards, sun bears, gibbons, the Sumatran rhinoceros and Sumatran tiger, these are among the threatened species being driven from much of their range by the flames. But there are thousands, perhaps millions, more,” says George Monbiot, writer, environmentalist and columnist for The Guardian newspaper.

“People are choking in the smoke and one of the world’s last great rainforests is burning down,” says Simon Husson, director of conservation at the Orangutan tropical peatland project in this article in the South China Morning Post. “The only way to tackle this is with huge manpower on the ground, supported by intensive and sustained aerial water-bombing. Mobilizing these resources requires raising international awareness of the catastrophe unfolding in Sabangau.”

So why is this happening? It’s not Mother Nature. This environmental disaster is man-made.

“There can be no question that the root cause of the fires crisis is decades of forest and peatland destruction by pulp and palm oil companies,” says Teguh Surya, Indonesia Forest Campaigner at Greenpeace Southeast Asia.

The easiest way for these companies to clear the land is to torch it, and the Indonesian government has allowed corporations to act without oversight.

Tragically the fires will continue to burn year after year unless the government enforces a greater level of protection for the rainforests and their inhabitants.

“These fires and the toxic haze will return… until plantation companies turn off their bulldozers. Businesses, must demonstrate serious efforts to work together to prevent forest fires by stamping out this reckless destruction and start protecting rainforests and peatlands,” says Surya.

So what can we do to help stop the fires?

Draw Attention to the Issues

One Greenpeace spokesman says the most help would be to pressure the Indonesian government into restricting deforestation by companies. Next month is the world climate summit in Paris. The more attention that is brought to the devastation caused by the Indonesia forest fires ahead of that summit, the more likely the issue will be addressed, and the more likely it is that foreign governments will send help to stop the fires. The media has been uncomfortably quiet on the issue of the forest fires, but that doesn’t mean we have to be. Spread the word.

Be A Responsible Consumer

Monbiot says, as consumers we have a responsibility. As he writes in The Guardian:

Our leverage is weak, but there are some things we can do. Some companies using palm oil have made visible efforts to reform their supply chains; but others seem to move more slowly and opaquely. Starbucks, PepsiCo and Kraft Heinz are examples. Don’t buy their products until you see results.

The Red Cross has been active in distributing masks and in cleaning water with support from the Australian Embassy. You can donate here to the American Red Cross if you choose although it will not be earmarked for Indonesia. A spokesman for the Red Cross says to keep an eye on its website here in case the situation worsens and a specific appeal for Indonesia is launched. The non-profit International Animal Rescue Organization has an appeal running to save the orangutans from the fires where you can donate here.  You can also donate to the WWF  on its work to save orangutans. Here is more information on their efforts in Indonesia to save the “gardeners of the forest”. 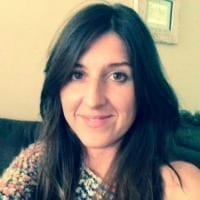 Helen Avery is a Section Editor at Wanderlust Media, working on the Vitality, Wisdom, and Wellness channels on Wanderlust.com and YOGANONYMOUS.  She is a journalist, writer, yoga teacher, and full-time dog walker of Millie.